It’s been a while since Bangladesh started running on the wheels of technological innovation and the digital infrastructure began changing the lives of people for the better.

With digital devices at hand and internet connections available, it has become easy for people to address their habituations and handle dealings online.

On-sight shops and e-commerce platforms are at the fingertips of the people living in metropolitan cities across the country.

However, at the same time, the majority of the population who live in rural areas have been far from enjoying the same facilities. And that widened the gap between rural and urban commerce and barred the growth of the emerging sector.

The marginal producers and consumers from rural areas are often deprived of the facilities of the rising e-commerce industry. They do not make the same profit they would if they sold their goods in the cities.

The consumers are also not getting the best products at the best rates and even if they are, they get forced to buy the same goods via middlemen at high prices.

To reduce the gap and develop an efficient ecosystem for the e-commerce industry, the government took an initiative and established “ekShop,” the world’s first integrated assisted rural e-commerce platform, in 2019.

For example, Helena Akhter has been sewing Nakshi Kantha at her Central Road home in Jashore’s Ghope area for nearly six years after being abandoned by her husband.

Before becoming an entrepreneur, she received training in crafts and sewing from a local youth centre. She started making Nakshi Kantha with a single sewing machine and selling those to a local shop.

Although she made high-quality products, Helena could manage to only reach a handful of people in the neighbourhood to sell her products. Her business was not growing as much as she hoped for and she kept selling only to that shop.

Her luck changed after she came across an agent of ekShop, who showed her how to sell products for better prices on the virtual platform.

Helena is now one of the thousands of marginal entrepreneurs selling their goods in and outside the country using the e-commerce marketplace.

Talking to The Business Post, Rezwanul Haque Jami, head of e-commerce, a2i of the Bangladesh government, said, “Bangladesh has around 80 lakh micro and small entrepreneurs who directly impact the country’s economy and one-third of our total GDP comes from these MSMEs.

“But they were not flourishing as expected and that’s why the government took the ekShop initiative to work inclusively with the people of the e-commerce sector.”

Addressing these needs of micro merchants and customers across the country, the government launched ekShop in October 2019. The term ‘ek’ means one in Bengali; in literal meaning, ekShop would be “One Shop” that provides integrated solutions to entrepreneurs.

Developed by a2i Program and UNDP, ekShop has gathered all major e-commerce companies and brought them to the country’s last mile with integration into a single platform.

Here, rural and urban merchants can connect and collaborate with major e-commerce and logistics players for shipment facilitation with the potential of global escalation.

For its contributions, the ‘ekShop model’ has received many international recognitions, including the 2020 WSIS champion award, 2019 APICTA award, UN facility fund competition in 2019, BRH catalytic fund winner in 2020, and the Digital Bangladesh Award in 2021.

ekShop incorporates all the major and trusted e-commerce, payments and logistic players into one platform through API and acts as a national e-commerce facilitator and infrastructure backbone.

Entrepreneurs can go to government-run digital centres around the country or virtually enter the ekShop website on their own and upload details of their products.

Jami said, “A merchant may not know how to take and upload photos of their products, how to browse an e-commerce website and may face other problems.

“For them, there are people at the Union Digital Centres (UDC) who will help and do everything — take photos of the products, write product descriptions and upload them properly on the ekShop website.”

When a merchant uploads the product details, they automatically become available on the websites of ekShop’s e-commerce partners, allowing consumers in Dhaka or any other major city to purchase them from the platforms they like.

ekShop has installed 991 collection points nationwide. From there, the products are taken to the e-commerce companies which in turn deliver them to the customers.

Its ecosystem connects all e-commerce and logistics companies around the country by bringing all the unions, Upazilas and districts under one platform.

Partnering with Bangladesh Post to exclusively access 14 chilling chambers or cold storages across Bangladesh to enable testing of perishable logistics from all over Bangladesh.

Since its inception, ekShop has served around 40 lakh consumers, empowered more than 2,600 women entrepreneurs and helped open over 10,000 bank accounts.

Currently it manages more than 2000 deliveries per day on an average all across Bangladesh.

“We have small lorries operating across the country, carrying products from and to all rural areas between Teknaf and Tetulia,” said Jami.

The UDCs play a major role in collecting the products from rural or urban producers and delivering them to the customers based on orders placed through the e-commerce companies linked with ekShop.

To ensure safe delivery to every corner of the country, ekShop utilises a pool of logistics providers-partners, including the Bangladesh Post Office.

During buying and selling, ekShop agents receive a commission for each ordered good, which is not included in the products’ prices.

ekShop also leverages the use of escrow, a financial arrangement to temporarily hold money for a transaction before the transaction has been finalised to ensure maximum security for an e-commerce transaction.

The platform — now termed the logistic backbone of the country’s e-commerce industry — now brings limitless opportunities for the members of the e-Commerce Association of Bangladesh (e-CAB) to sell their goods across a greater customer base — both local and international.

It also helps rural people to buy goods from urban producers. ekShop itself does not have any product, but its network connectivity with large e-commerce companies can be availed by those living outside the e-commerce delivery regions.

“We have a total of 51 partner companies and every e-commerce site uses our platform in many ways,” said Jami, sharing how they have built a successful network across the country.

In the network of South-South countries, ekShop launched as a Digital Public Goods.

It is operating eCommerce & launched an Online Job portal in South Sudan and expanding eCommerce platform with logistics capacity in Yemen. Ekshop is

freelancing aggregator for refugees in Turkey and expanding its existing ekShop centers in Malaysia.

“Facebook commerce [f-commerce] has been a blessing, especially for women. We are working with the members of Women and e-Commerce Forum (WE),” said Jami.

“But f-commerce has limitations in dealing with a huge number of clients as it needs end-to-end communication, there’s no scope for inventory management, and businessmen then drive customers to their main e-commerce site,” he added.

“We have also built a tool, named Buy Now, for Facebook. Currently, around 6,000 entrepreneurs use this tool. ekShop is the only entity in Bangladesh that has a partnership with Facebook,” he added.

Explaining the process, he said that after registering and uploading products, orders and delivery details on ekShop, merchants will get a link for a window to showcase their goods.

They can put the link on their Facebook page for advertisement and if a potential customer clicks on it, they will see the window with product details and payment and delivery methods without leaving Facebook. The entire system is automated.

“Normally, f-commerce entrepreneurs cannot deal with payment and logistics, but ekShop will provide everything from a single platform,” said Jami.

ekShop is also working on making DBID mandatory for anyone wanting to open a business page on Facebook. One can simply apply and get a DBID for free. However, anyone will be able to sell products from their personal profiles.

“We plan to run an awareness campaign in 2023 to have people buy products only from pages verified by Facebook. If anyone wants to get the blue tick mark on their verified Facebook business page, he/she will have to have a DBID,” Jami added.

This way, no dishonest merchants will be able to do business via Facebook and honest businesses will have a lot of opportunities, he said.

“According to Facebook, 90,000 people do business on the social media platform. We estimate that the number is around 1 lakh. Currently, we have 4,500 merchants doing business via Facebook-linked ekShop.

The a2i Program’s e-commerce head also said that they currently have 34 platforms connected with ekShop. “We provide all necessary support including app building, logistics and payments.

“We have also built an escrow system, which aims to protect customer’s money, for Bangladesh Bank.”

ekShop has 51 employees while around 400 a2i employees are involved in the works related to the platform which also recently partnered with Google, he said.

“During the population census this year, our people went to every house as we carried out GPS tracking. Within one year, we plan to give every citizen in Dhaka a six-digit unique identification number by integrating their national identity card’s number,” Jami informed.

“If a customer places an order on an e-commerce platform like Daraz or foodpanda, he or she will need to give only the unique number and the platform will reach out to you,” he said, adding customers will be able to edit/update the number anytime if they move from one place to another.

The system is still being prepared. ekShop is creating a database of 1 crore addresses which courier and e-commerce companies will use, he said.

“We have also built an automated Central Complaint Management System (CCMS) for the National Consumer Rights Protection Directorate. It will be launched in the second week of September. Under CCMS, if no action is taken against your complaint, a case will be filed automatically,” he said.

“We cannot track products like courier companies such as Sundarban. For that, we are building another platform called Central Logistics Tracking Platform or CLTP. It will be launched in November,” Jami added.

He said the government lost a huge amount of revenue as it was supposed to get Tk 10 against each delivery as tax but does not. “After CLTP is launched, we’ll be able to get this tax and curb fraudulent transactions.

“This way, after 2024, it will be tough to commit fraud in e-commerce. We are trying to ensure healthy competition in the local market and create equal opportunities for both rural and urban entrepreneurs.”

SMEs will also be able to get loans by showing proof of transactions on ekShop. Jami said the ultimate goal is to bring the entire SME sector into the digital ecosystem by 2025.

ekShop is also piloting a IoT powered smart locker system named DigiBox in 11 locations in Dhaka , with 2500 drop-offs done, and planning on attracting investment to deploy 100 boxes in all major cities.

“Logistics companies will deliver the products to the boxes and customers will be able to pick up their ordered products using an OTP number”, Jami informed.

“We are becoming a one-stop platform that will solve all problems related to payments, logistics and complaints. That will create massive data, using which the government will be able to monitor and make necessary decisions,” Jami said. 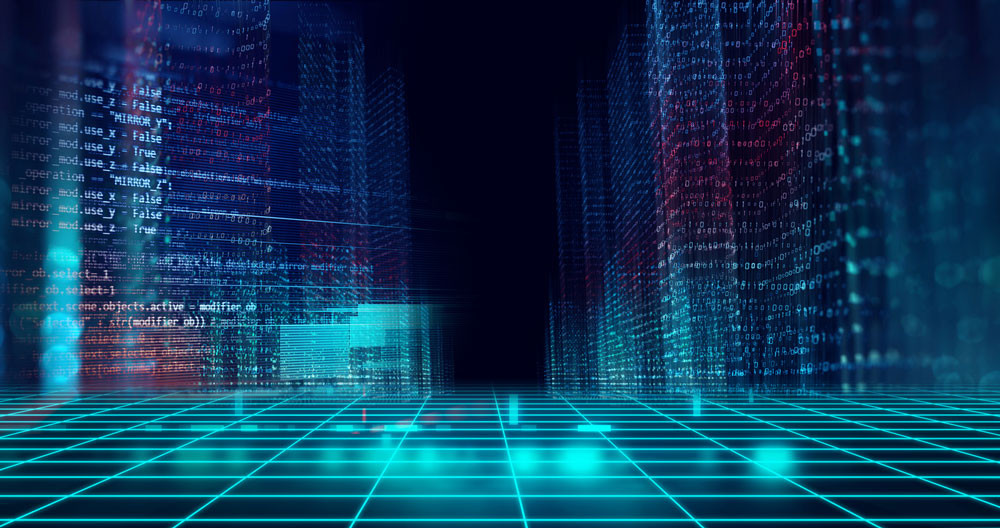 E-government is the present and the future

The United Nations Department of Economic and Social Affairs (UNDESA)... 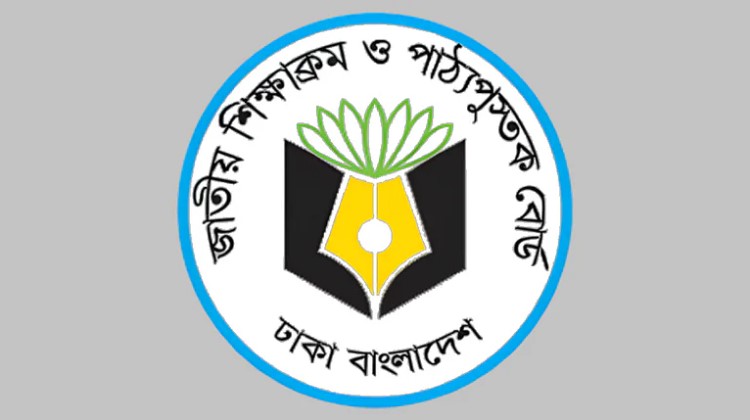 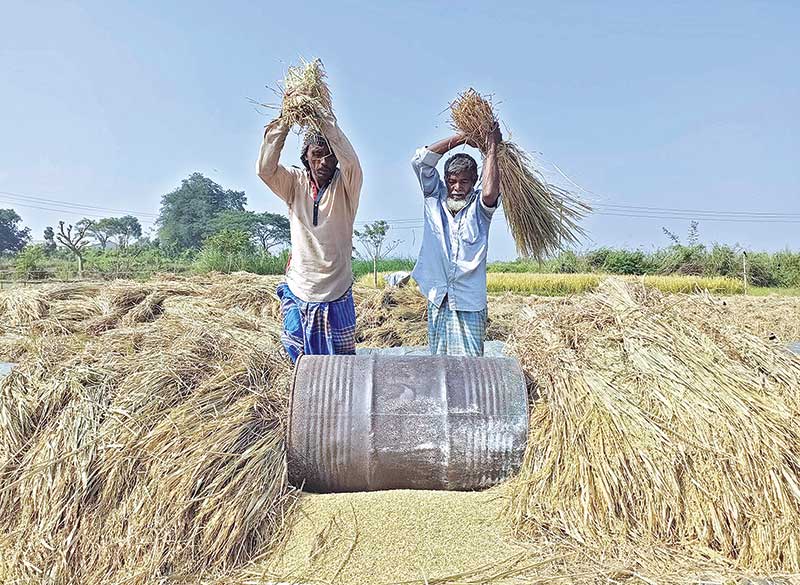 ensure sale of paddy at fair price, the Directorate General...