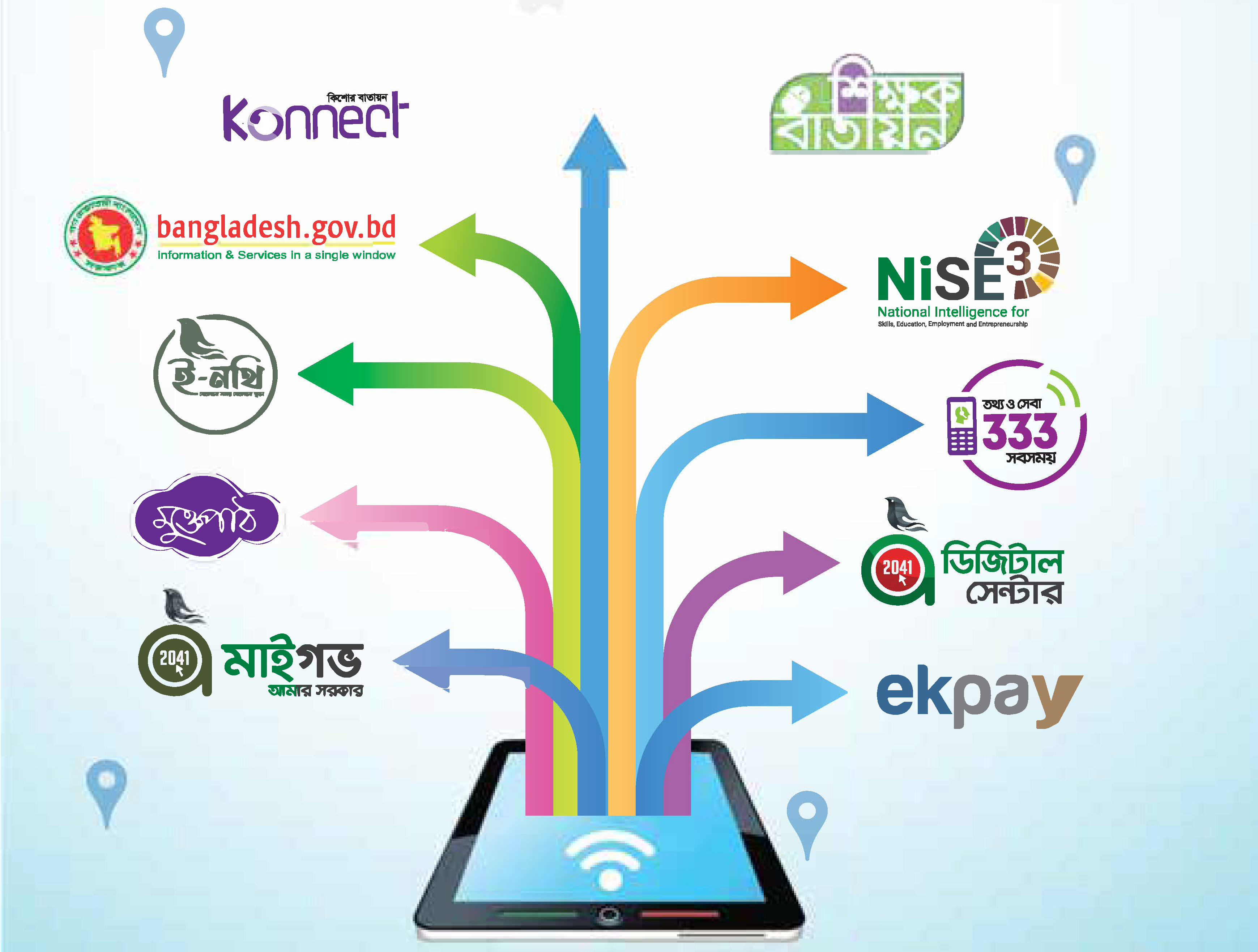 The initiatives of a2i (Aspire to Innovate) project of the Cabinet and ICT Divisions supported by UNDP have emerged as blessing for the people, especially those living in marginal area, in terms of making life easier and boosting people’s access to citizen services.

According to a study, the digitalization has saved as many as 5 billion physical visits, 11 billion dollar and 9 billion workdays of the citizens. Also, the a2i won a lot of awards at both national and international levels in recognition of its initiatives to reach its services at the doorsteps of the marginalized people and establish an innovative culture in the country.

E-mutation management system, which allows applicants to change the title of the ownership of land from one person to another using an online platform at a very short period of time and at lower cost, has been managed to improve the overall efficiency and transparency of service delivery, along with reducing corruption and harassment.

As of now, 47.71 lakh land cases out of 54 lakh have been settled through this system, implemented in 492 upazilas with about 4,500 offices including 20 circle offices.

“That was surprising for me to change the ownership of our land within a very short period of time and at a lower cost through the e-mutation system”, a school teacher Habibur Rahman told BSS.

Mutation system was a complex one due to the practice of paper-based, manual record-keeping, which was often found inaccurate and there was also lack of coordination among different land administrative departments of different ministries, he added.

Besides, e-mutation initiatives, being implemented with the technical assistance of a2i, received the United Nations Public Service Award 2020 in the category of ‘Development of Transparent and Accountable Government Institutions.

Meanwhile, more than 300 services including job advertisements, admissions information, submitting online applications, scanning photos, getting passport forms and even booking air tickets, have been brought at the doorstep of the people through the 7,600 digital centres that have appeared as a “lighthouse” for the people in rural areas.

The centres have provided more than 56.75 crore services along with enabling more than 15,000 entrepreneurs including 5000 women to become self-sufficient, according to the data.

“The people of the remote area are considering the UDC as a ‘lighthouse’ as a radical change has taken place in their life and livelihood after its journey one decade ago,” entrepreneur of Charbata Union Digital Centre (UDC) under Subornachar upazila in Noakhali district Jubaer Ahmed told BSS.

Besides, the young generation is setting up a worldwide network by getting involved with information technology, he said, adding that social networks are rapidly reaching out to young people in remote areas.

He said that the people of his union used to travel 35 kms (in some cases 50 kms) to reach the district headquarters for taking government services but now they get such services easily sitting in their respective unions.

With an aim to bringing dynamism, transparency and accountability in the activities of government offices, a2i project has brought e-Nothi system, an online office management system for handling documents electronically instead of the conventional procedure and as of now, more than 1.51 crore files have been disposed by e-Nothi system.

National Information Portal, a web portal incorporating more than 51,500 websites of different government’s departments including all unions, upazilas, districts, divisions, directorates and ministries, has brought all government services under one platform to ensure the rights of citizens to information.

So far, 657 e-services and more than 88 lakh contents have been added to the Portal while more than 1.5 lakh people visit the portal every day on average to access information and services.

“We can get informed about most of the services of the government by just visiting a single website. And even, there are some features that we cannot even imagine before,” said Shahin Arefin, a student of Dhaka University.

Another initiative ‘the National Helpline (333)’, which was introduced to provide citizens with information on procedures of receiving public services, has managed to draw huge attention and earn people’s satisfaction as getting in touch earlier with information related to public service was a complex process.

Till date, the helpline has been called more than 7.37 crore 37 lakh times, with more than 24,000 cases resolved, according to research data.

“Once it was a tough and complex task for anyone seeking any information related to public service. However, the scenario has been changed. Now, anyone, even an individual from a marginal area can easily get his or her needed information easily,” Rakib Hossin, a former student of Dhaka University told BSS.

It has been a great achievement for the government as the hassle and harassment people have to face while taking government service have been reduced, he added.

In the learning sector, Muktopaath’, the largest Bangla language e-learning platform has emerged as a blessing as it has paved the way for marginal people to gather knowledge on different topics.

More than 10 lakh students have been awarded certificates for completing their courses out of around 19 lakh students in 207 courses while about 32 thousand government officials have successfully completed courses in Muktopaath.

Most of the courses offered in this platform are free of cost while the price of the rest courses is quite affordable for the people, said Asef Ahmed Chowdhury, a MBA student of Mohammadpur Government College who completed a dozen courses from the platform.

Subarna Ray Lita, Assistant teacher of Pallabi Government Primary School at Boalmari, Faridpur who has completed different courses related to her profession including Classroom Management and Research in education from Muktopaath’ she said, adding that the quality of both teaching and examination method is good enough.

Under the ‘Skills Development Activities’ there are two other services—Konnect and Teachers Portal.

And Teachers Portal, created to empower teachers through professional skills development with audio, video, animated and documentary based contents of various subjects of general, technical and Madrasa education, has emerged as blessing for the teachers to develop themselves for teaching in multimedia classrooms.

There are about 5.69 lakh registered members in the portal which consists of more than 4. 36 lakh contents and 953 model contents that help teachers use while teaching in classrooms.

Another mentionable initiative of the a2i is ‘Inheritance Calculator’—an automatic calculator by which the heirs of the deceased can calculate the distribution of property among the descendants—has simplified the process of property distribution.

People have to suffer a lot or depend on others for calculating the distribution of deceased individual’s property causing their huge sufferings but the inheritance calculation has come out as blessings for them, said Emran Hossen Nannu, chairman of Uttaar Hachadi Union of Lakhsmipur Sadar.

Moreover, the one-stop payment platform like ekPay enables the people to get different government services, utility bill and fee payments and e-commerce and other payments.

On the other hand, the country’s first ‘rural assisted’ e-commerce platform ekShop service has enabled people to get necessary products including the rural products in an easier and faster way. 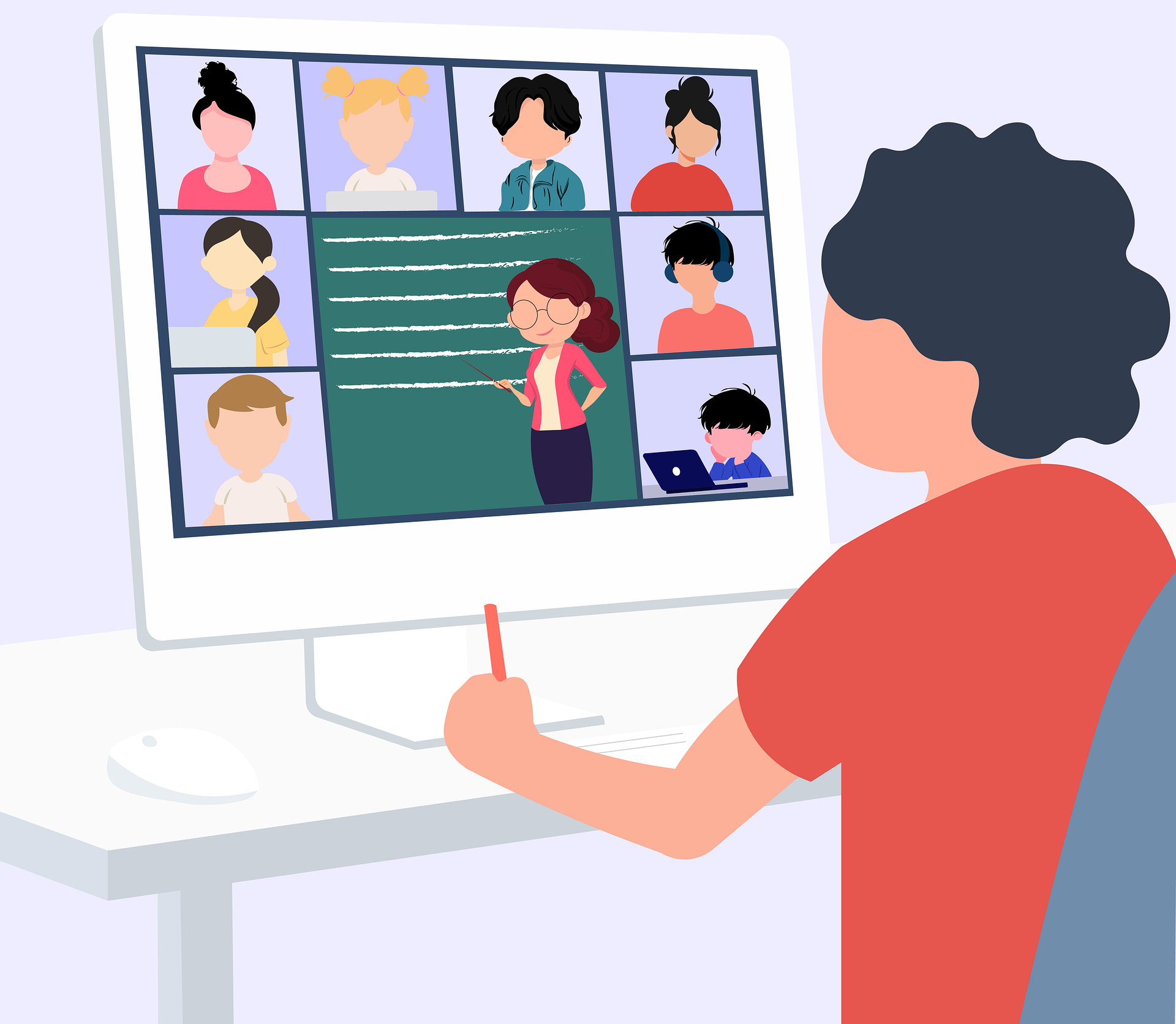 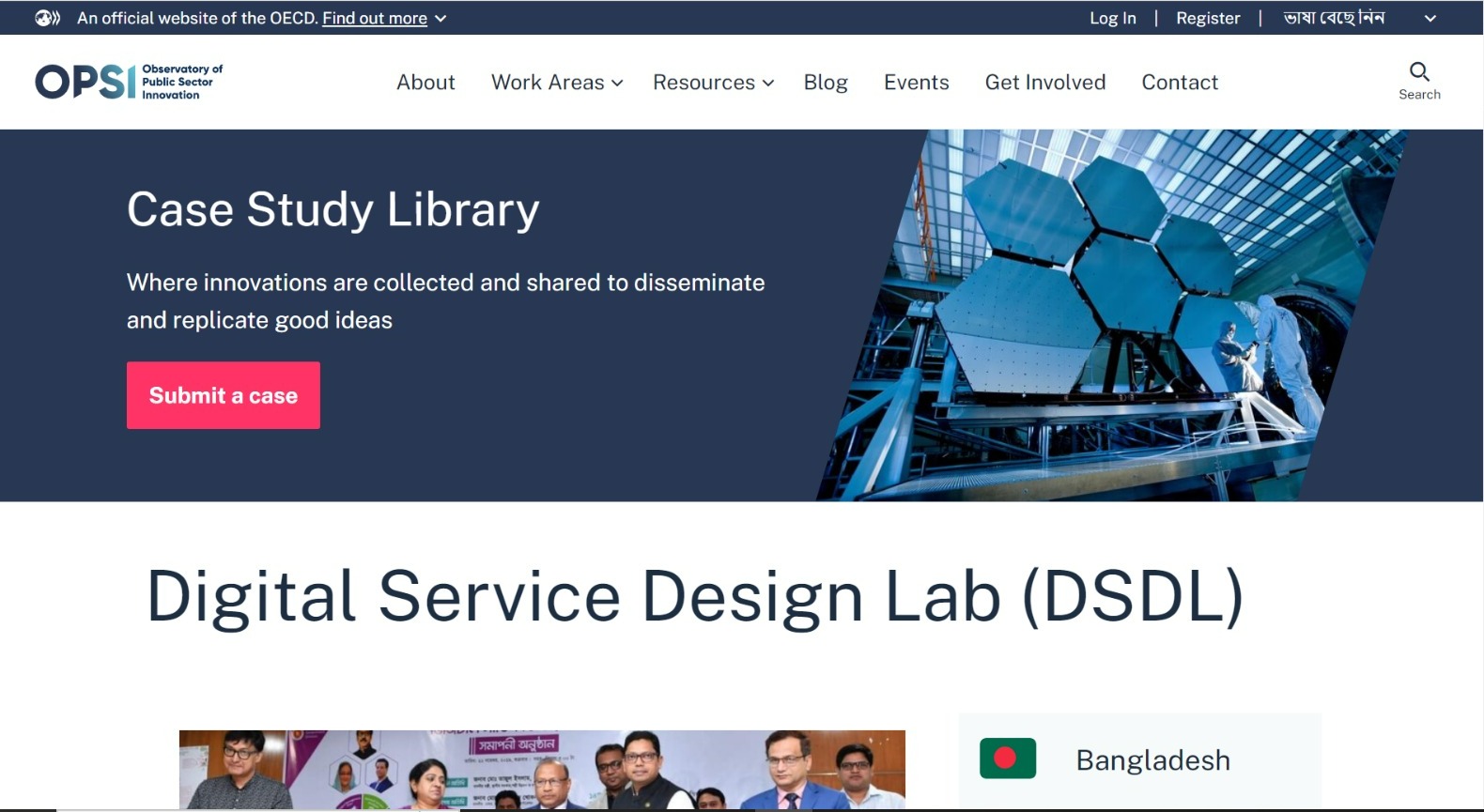